Put an entire country in a blender, give it a zizz, add a large dose of wealth for flavor and you’ll get a spicy Latino capital city soup. Latin American capitals often stand invitingly alone from the countries they rule; over styled, heavily doused in western aspiration and set on a brittle and often uncomfortable amalgamation of indigenous and conquistadorian history. They are wells of opportunity into which cycle tourists can dip their buckets for replacements parts, culture, relaxation and humanity. Where we can repair, replace and rest, watch, absorb and understand. I never pine for cities but when they suck me in I quickly grow to love them. So my blossoming affections for the Chilean capital of Santiago don’t surprise me as much as they maybe once would have. 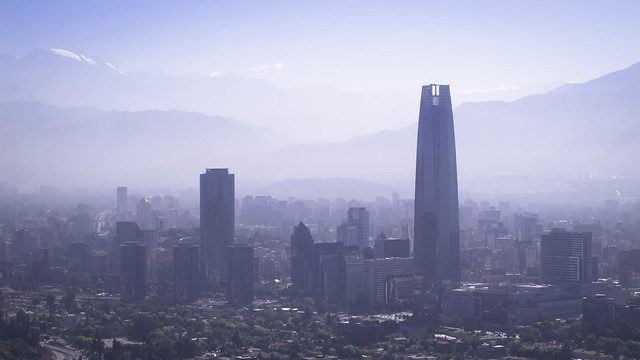 Life is a game of chance and would be boring if it weren’t. Having unsuccessfully sought out a Warmshowers host in Santiago, Chile, I got up on New Years day and booked the cheapest hostel I could find on the internet. The first time I have done so and probably the last, but I wanted an easy arrival in the big city. And it worked, riding into a Capital city completely devoid of traffic, I found the hostel easily, waited a while for the owner, Knut, to pull himself out of his New Years Eve hangover and went inside to discover a gem. It’s been two weeks since that day, two productive weeks during which I’ve worked, fixed, explored, read and relaxed. A perfect stay spent befriending fun and thought-provoking people and enjoying an interesting and beautiful city. Thanks to the ‘misfortune’ of all Warmshowers hosts being out of town for their New Years celebrations, I have been plunged into a hostel environment and rediscovered the power of having people (and dogs) in my life. Thanks Knut, Luke, Claire, Sam, Jack and Benson for finally dragging me out of the desert and back into the world. Read more about them and the incredible street art of Santiago in ‘Santiago Sprays‘. 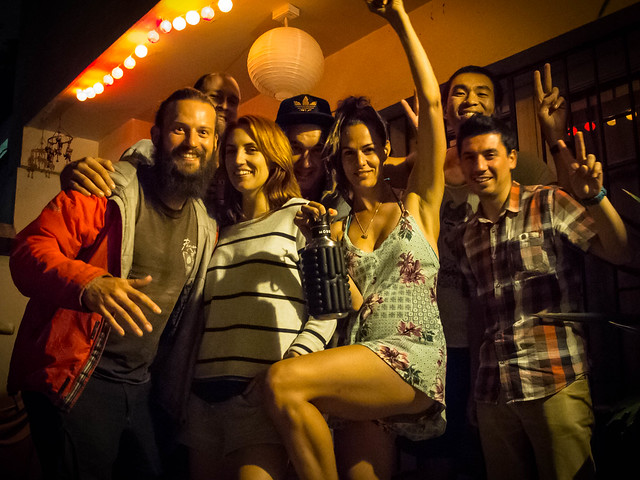 Being in the right place at the right time I was treated to time with some like-minded people. From left to right… Jesus, Luke, Sam, Knut, Claire, Benson and Roco

The biggest surprise of my ride through the America’s has undoubtedly been the immense enjoyment I’ve derived from staying in its cities. Since arriving in Santiago on New Year’s Day I’ve been poignantly looking back at the other cities that have knitted my tour together. Over the past few years I’ve managed to build a fairly diverse collection, including Anchorage, Vancouver, San Francisco, Las Vegas, New York, Detroit, Cleveland, Mexico City, Havana, Xela, Panama City, Bogota, Quito and La Paz. Santiago will likely be the last South American city I ride through on this trip, the final metropolitan area I’ll enjoy exploring in complete contradiction to the ‘I’m going to avoid cities’ mentality of my early tour.  My time in cities have collectively been my favorite off-bike experiences, a genuine surprise as by the time I left my life in London I thought I was done with them. Maybe I’m more street than I thought. 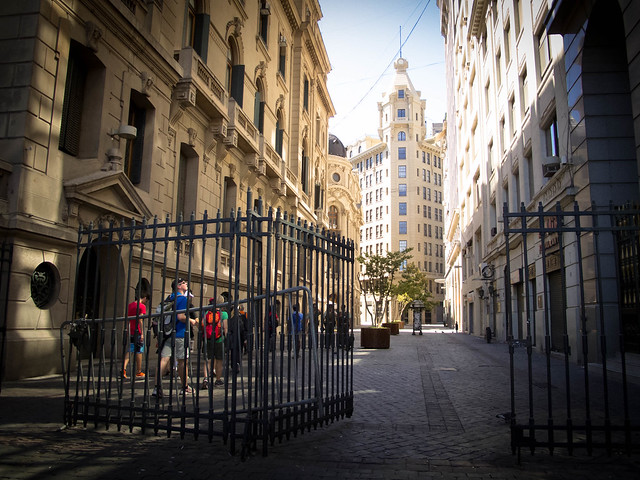 Santiago offers an enticing bland of architectural styles, from a faux French colonialist style to harsh modern designs. A mix never more pronounced than in the financial district

The first city I rode into on this tour was Vancouver, back in October 2010 and this is what I had to say about it at the time:

“When we rode into the city under heavy grey skies I was shocked by my reaction; having spent years in London longing for the wilderness, I found myself so overjoyed at being in the city environment, with its smells, energy and attitude that  for the second time that week I started shamelessly whooping and shouting in exultation. Maybe the city just feels more like home or maybe perhaps I’m more reliant and affected by other people and a big society than I’ve ever let myself believe or admit.”

There are two things I take from reading back on experiences like this. Firstly, I have felt such exultation on entering every city since, so it is no longer a surprise. Secondly, it hits me squarely in the face how much better I now know myself. A few years largely alone in foreign lands many thousands of miles from home and my major discovery has always been with me, because it is me. Feeding off the lives of others has turned my thoughts and beliefs inside-out, exposing the inner most corners to the sun and forcing personal confrontations with what’s always been easy to hide. I now know how much I enjoy cities, and more importantly, I now recognise that affection as no betrayal of the devotion I feel to natural space and wilderness. Let pigeons live in pigeonholes, not people. 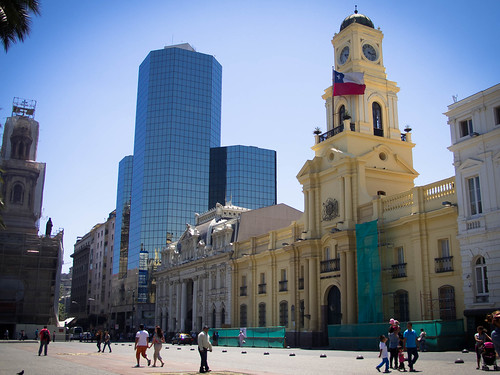 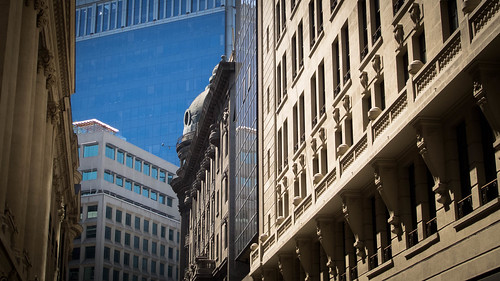 One of the main streets of the financial district is named New York, I thought it a somewhat hopeful comparison but from some angles it can be seen 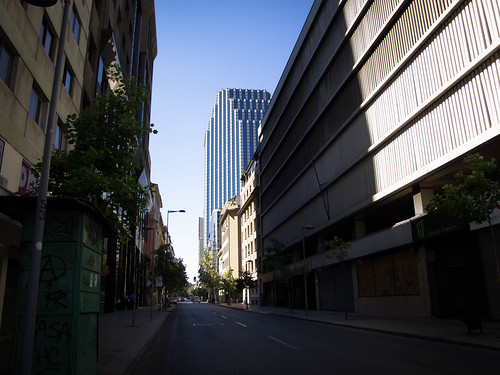 Sundays in central Santiago are the perfect time for a stroll… 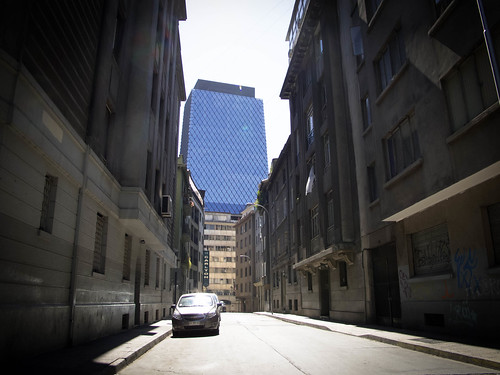 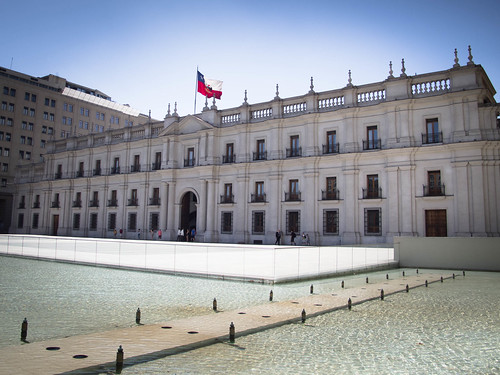 Palacio de la Moneda… From 1973 to 1990 Chile was ruled by the dictatorship of Augusto Pinochet, a divisive character a best 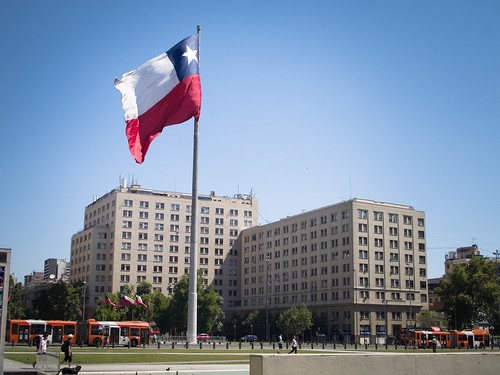 Latin American countries seem to go in for enormous flags, this one is the largest Chilean flag in the world 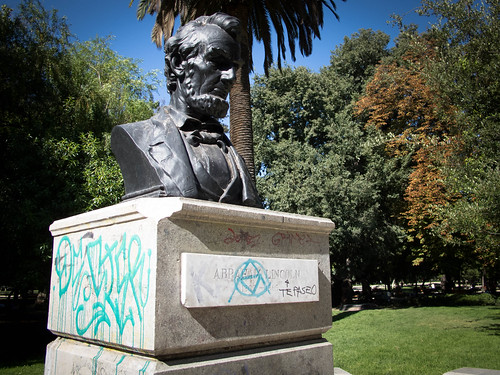 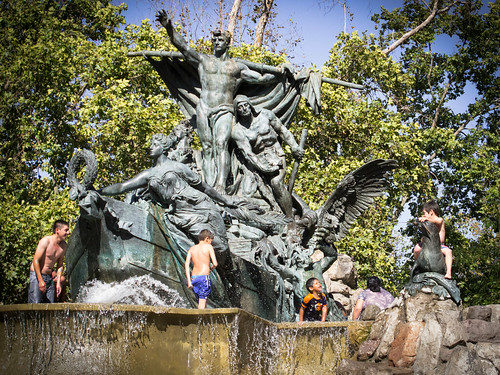 … and a large fountain overflowing with kids 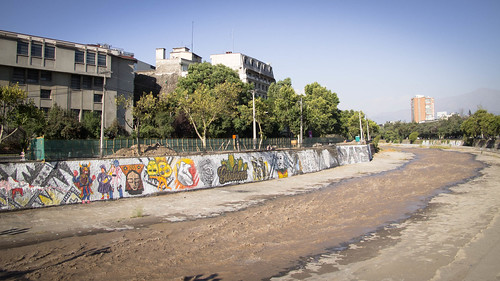 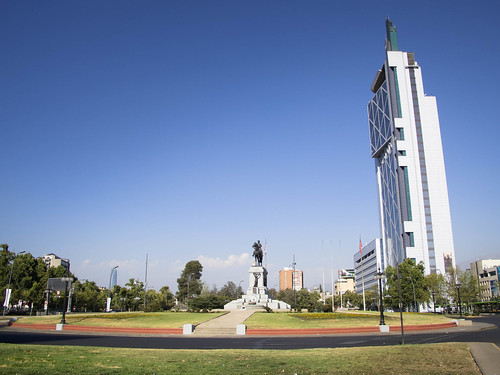 Plaza Baquedano (aka Plaza Italia), the starting point for all demonstrations that troop through Santiago 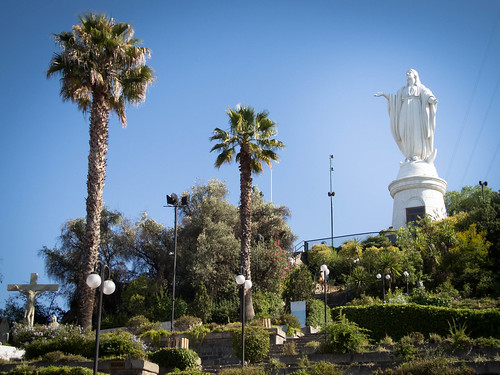 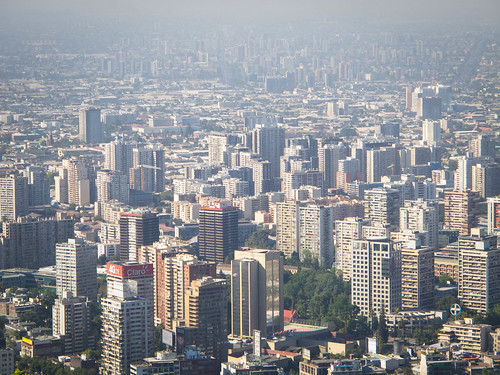 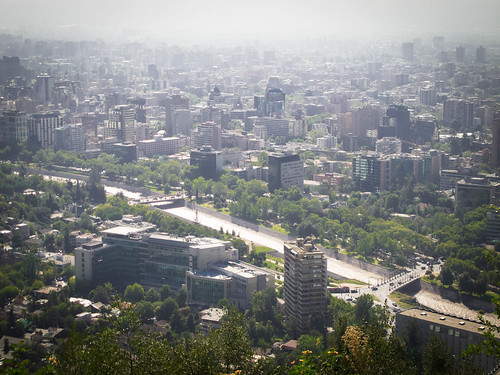 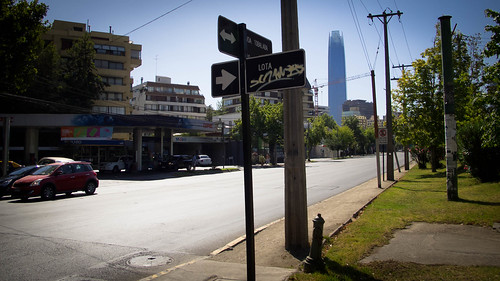 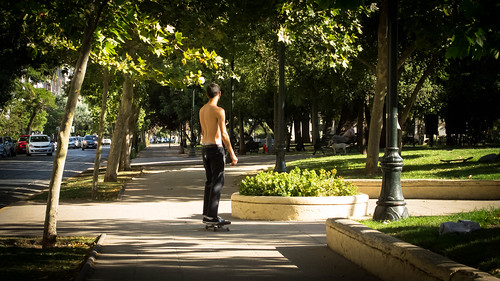 A complete fluke landed me in the best hostel I’ve ever stayed, Knutsen Housing. Run by Knut, a young German guy so bursting with life he’s best kept away from naked flames, Knutsen is probably the cheapest hostel in central Santiago. Amazingly, I suggest it is probably also one of the best. For less than half the price of a dorm bed in one of the popular hostels you get a private room at Knut’s, great showers, free use of the washing machine, a huge kitchen, fast WiFi and plenty of indoor and outdoor space to relax. Located next to a supermarket and within a half hour walk of the Plaza de Armas, Knut’s is clean, welcoming and a perfect refuge for tired cyclists.

Having clocked up well over 100km riding around Santiago in search of replacement gear I can share a tiny bit of wisdom. The main bicycle street in the city is San Diego. There are loads of shops there mostly selling the same intermediate level stuff. For more high-end parts and mechanical help I’d recommend getting in touch with English speaking Pablo Havemann at Bike Universe (Tobalaba 4073, Local 102, Providencia. tel.: +56 (9) 5710 2610, contacto@bikeuniverse.cl, http://www.bikeuniverse.cl). Otherwise there are some specialist stores down Las Condes Avenue, including Sport Xperts (Las Condes 12340) who stock a large range of Endura gear.

Whatever you do in Santiago, don’t leave without taking a ride up Cerro San Cristobal to enjoy unbeatable city views.